You might be wondering where the history of barbecue originated. First of all, barbecue is no joke, even BBQ style is hotly debated. A lot of people think they’re eating barbecue by just putting meat on a grill with some bottled barbecue sauce. To real barbecue purists, that is not authentic barbecue. The real thing is cooked over indirect heat – usually a wood fire – for a really long time. The purpose of this technique is to develop a combination of flavors. Like smoke, meat juices, fat, and whatever spices or rub have been added. There’s more history of barbecue then people think. 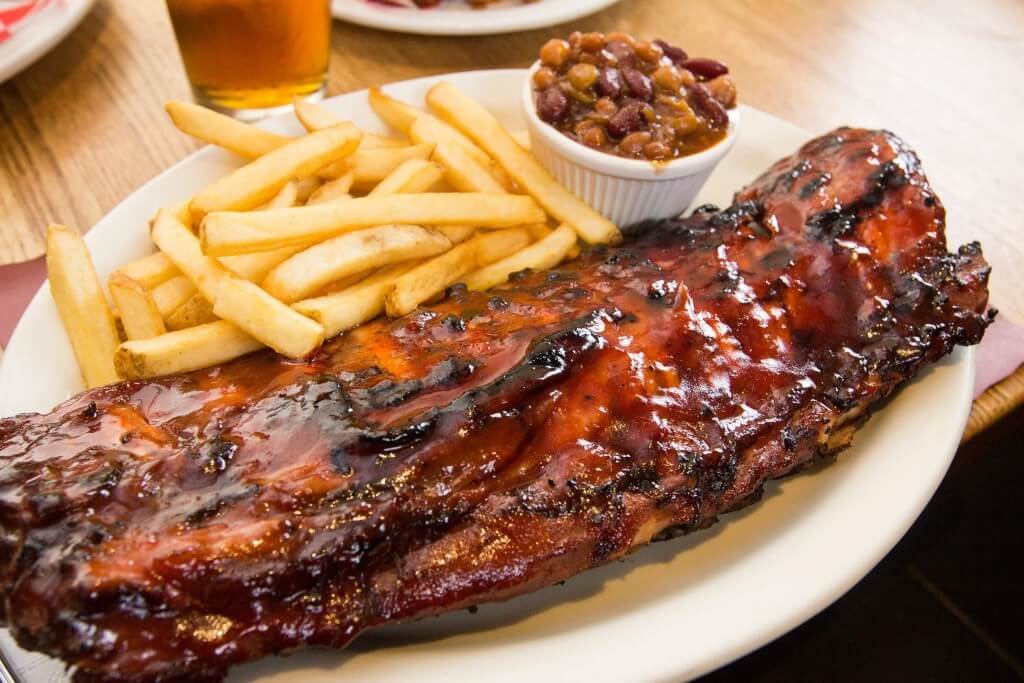 There are a lot of speculations as to where barbecue actually originated. According to the Smithsonian, Christopher Columbus encountered an island that he named Hispaniola, that had a unique method of cooking. They had developed a method for cooking meat over an indirect flame created by green wood to not burn food or the wood. The Spanish referred to this new style of cooking as barbacoa: the original barbecue. By the 19th century, the culinary technique was common in the American south. Unlike cows, which required large amounts of feed and enclosed spaces, pigs were prevalent. They set the pigs loose in forests when food supplies were running low. Which meant the pig was leaner upon slaughter, leading to Southerners to use the slow-and-low nature of barbecue to tenderize the meat.

Most of all, barbecue itself also varies in the region as well. The four main barbecue styles are North Carolina, Kansas City, Memphis, and Texas. North Carolina style smokes the hog in a vinegar-based sauce. Kansas City is known for their dry rub and their delicious sides. Memphis is renowned for pulled pork shoulder doused in a sweet tomato-based sauce. And Texas, well they are big on beef. Locals will defend their regions’ style with a sort of fierce loyalty and take their recipes with them to the grave. We suggest to not tell someone from North Carolina, that you enjoy Texas-style barbecue! Because barbecue doesn’t require expensive cuts of meat, it became a dietary staple for impoverished Southerner African Americans. They frequently paired barbecue with inexpensive vegetables like sweet potatoes because it was available and was easier to produce on their land. The first half of the 20th century began to see a mass migration of African Americans from the rural South to Northern cities. As a result, when they moved they looked for a better life and better opportunities. In addition, they brought with them were their culture and their recipes. By the 1950s, black-owned barbecue joints became highly prevalent in nearly every city in America. Hence, fried chicken, corn bread, and other side dishes like hush puppies became noteworthy dishes. Consequently, most people then considered barbecue as a “soul food” dish. To this day, there is a strong connection between the cuisine and the African American community.

In conclusion, history can only go so far as to explain the origins and the pleasures that occur when the meat hits smoke and sauce. As a result, barbecue lovers will also be in search of the distinct flavors of the four different styles of barbecue. Many have embarked on journeys with barbecue routes to enjoy all different styles in the span of a few days. Furthermore, if you’re looking for Carolina, Memphis, Kansas City or Texas style, there will be some history behind how that barbecue came to be. Did this blog make you hungry? Come on in to try some of our ribs or a pulled pork sandwich.